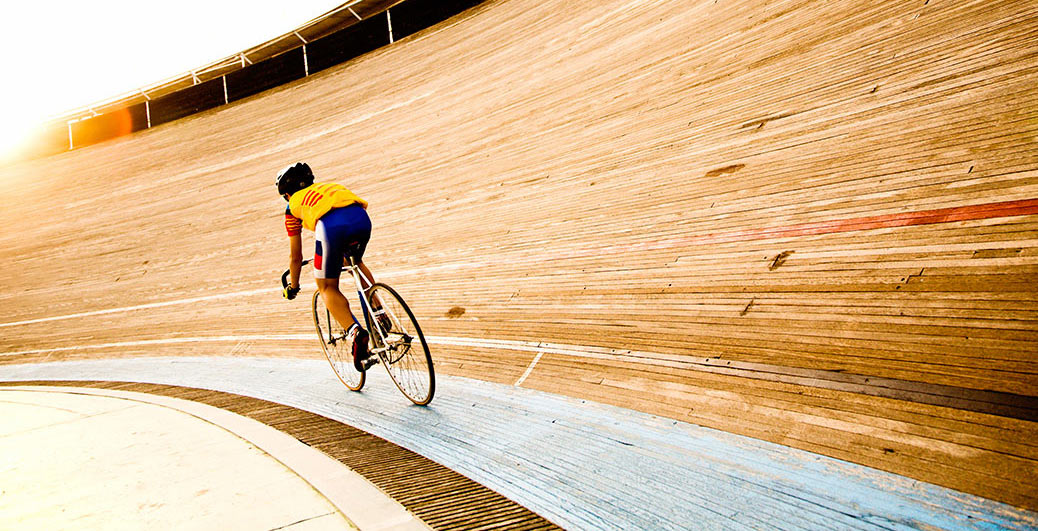 Wellfest is a weeklong event in Wigan organised by a number of public sector, charity and voluntary groups to promote a healthier lifestyle. Amongst those was DFC’s long-term client Inspiring Healthy Lifestyles, who helped kick off the first year successfully.

The first of its kind in the North West, Wellfest is a festival of wellbeing that aims to encourage people to take greater charge of their overall health. Taking place between the 3rd and 11thSeptember, a number of physical activity-based events, such as the Wigan 10k race and the Street Velodrome, were used as the fundamental means of spreading this message.
DFC, who understands the value that comes from events like this one, saw it as a great opportunity to work with Inspiring Healthy Lifestyles to show their support and promote wellbeing.

DFC’s sponsorship of the street velodrome – the only one of its kind in the UK – helped encourage thousands of energetic individuals to get involved in the event. The overall goal was to encourage the uptake of cycling, a sport which has been growing rapidly in popularity over the past few years.

On Friday 9th September, individuals travelled from afar to cycle the track – many inspired by our countries recent Olympic velodrome victories. Proud sponsor DFC was also eager to get involved, taking part in a corporate race in the evening.

DFC Director Ivan Stevenson was delighted by the outcome:

‘We see our clients as true business partners and as such were proud to be involved in the Wellfest event. In particular the Street Velodrome was a huge success and I would personally like to thank everyone at Inspiring Healthy Lifestyles for allowing DFC to be involved. The DFC team, although some a little bruised the following morning, had great fun on the evening.’
Managing Director at Inspiring Healthy Lifestyles, Pete Burt, was quick to agree:

‘The Street Velodrome rung true to our mission here at Inspiring Healthy Lifestyles, which is to innovate, collaborate and enrich. Cycling enriches the lives of anyone who takes part, and it was great to have DFC on board for the event. They believe in our mission. They recognise us, not just as an important customer, but see the value in what we do.’

Inspiring Healthy Lifestyles has been a loyal DFC client for the past decade, initially choosing DFC as a market leader in the leisure industry. After the introduction of direct debit payments to their facilities proved an immediate success, both companies have continued a strong working relationship ever since.

A social enterprise and charitable trust, Inspiring Healthy Lifestyles manage over 10 leisure and recreational facilities across Wigan, Selby and Cannock Chase with the aim of encouraging people to be active, creative and healthy. Using DFC’s Fully Managed Service for services including billing and reporting, as well as FastDD – the online joining portal, DFC have been instrumental in boosting sales growth for them.

More recently, Inspiring Healthy Lifestyles experienced an increase of over 15% in the reengagement with their members, thanks to the launch of DFC’s ‘my payments’ portal which allowed members to keep up to date with their fees via their phone, tablet or laptop. Resultantly, over half of overdue fees have been paid at the first stage of the credit control cycle.

‘DFC has been a key cornerstone in helping us grow and develop. Our cash flow and retention have been expertly managed, as has the integration and management of our systems. They’ve been a huge help every step of the way’ continued Pete.